Why is the cost of paper rising? 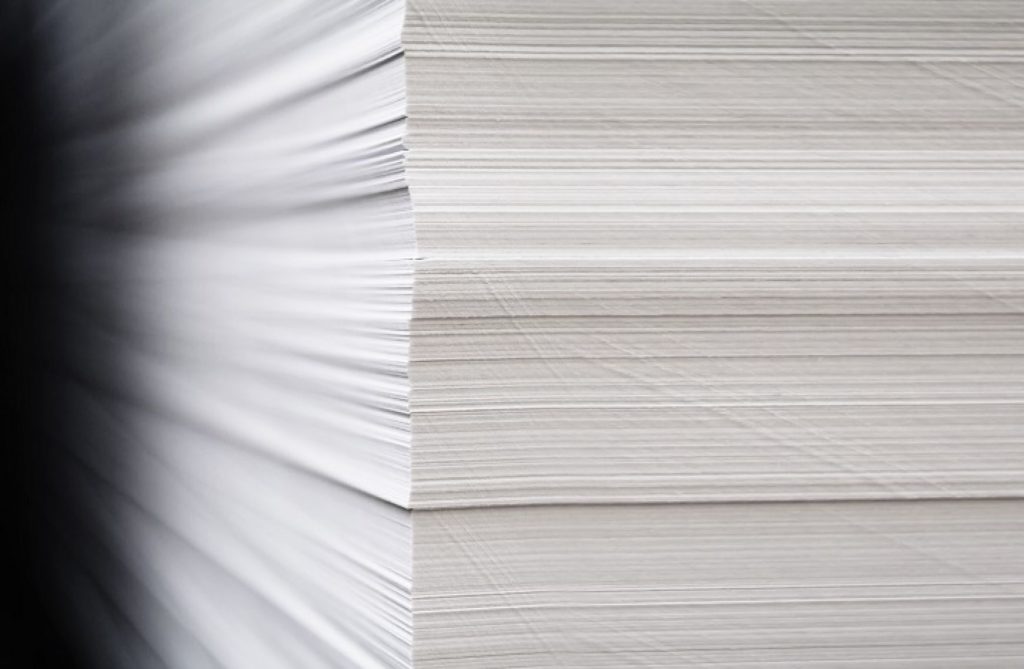 Global suppliers have increased their prices by up to 8% - but why?

In October, we saw paper costs rise for the fourth time in 2018. And you’ve been asking us why. So, we’re bringing you the facts about rising paper prices. Global suppliers have increased their prices by up to 8%. And wood pulp prices are up 23% from this time last year, contributing to a total increase of 43% since 2016. But why are we seeing this new premium on raw materials? And what’s really behind the rising cost of paper?

1. Our environmental standards are changing

This year, we’ve already seen Morrisons become the first UK supermarket to make the shift from plastic carrier bags to more environmentally friendly, paper bags. The UK’s fourth largest supermarket chain says that by selling its fresh produce in traditional paper bags, it aims to reduce the number of plastic bags used by 150 million, every year.

Growing concerns over our penchant for plastic are impacting on more than our weekly shop. Our consumer behaviours are changing and our retailers are responding with pollution-free products. From ditching disposable plastic cups for recyclable paper ones (find out more in our ‘CupCycling’ feature) to swapping single-use for eco-friendly paper straws. These changes, while good for the environment, have increased demand for the same raw materials and recycled fibres that we use to make paper – pushing up the production costs for both.

2. Not for all the tissue in China!

Despite being the largest producer and consumer of paper in the world, China only consumes half the volume of tissue products (like face wipes, personal hygiene products, paper towels, and toilet roll) consumed by other developed countries. But as the country gets richer, China’s buying habits are changing and its demand for tissue products is increasing. Due to the country’s dense population, even a small change in the Chinese market has a knock-on effect on the rest of the world.

China’s paper industry is continuing to grow, but with few of its own natural resources, it still has to import the bulk of the raw materials it needs, like paper pulp and recycled fibres. So, although China’s new mills aren’t directly driving up the cost of paper, its demand for raw materials is raising the global market price.

3. Storms are damaging US paper mills

Next to China, the USA is the biggest producer of paper in the world, but over the last two years, the United States and its paper mills have faced an onslaught of natural disasters. In 2017 alone, hurricanes forced 18 mills across the country to close down or halt production. With a combined production capacity of around 8 million tons per year, these closures have left paper supplies short of global demand.

In 2018, Westrock reported losses of $12 million and ‘substantial damage’ to its Panama City mill, which produces 292,000 tonnes of market pulp each year. Market-leader, International Paper, was forced to close its doors for 56 days, incurring damages of $36 million in the wake of Hurricane Florence. It might surprise you then, to hear that International Paper still reported a rise in profits in the third quarter of 2018. This was thanks, for the most part, to continuing growth in the packaging industry.

Aside from damage to the mills themselves, the effects of storm damage are far-reaching across the paper and pulp industry. Flooding and high winds have damaged natural woodland and transport networks, leaving some mills short-staffed or without power. So, even with the worst behind them, the plight of the USA’s biggest paper mills is still contributing to the rising costs of raw materials, production, and transport.

Brexit is the word on everyone’s lips in the UK, and probably one we’ll all be glad to forget, but whether you’re a Brexiteer or a Remainer, how and if the UK leaves the European Union in March 2019 will change the global economy – and that includes the paper industry.

In his open letter to the Prime Minister, Director General of the Confederation of Paper Industries (CPI), Andrew Large, voiced his concerns over a possible ‘no-deal’ Brexit:

“[The] primary concern is the place of the British paper industry across the European supply chain.

Nine out of 10 of the UK’s largest paper-makers are headquartered in another EU country and they are very dependent on cross-European pulp, engineering, service staff, parts, maintenance and labour.

They are also dependent on sales of recovered paper to other parts of the EU, and these longstanding relationships are being put into question.”

When the UK voted to leave the EU in 2016, we saw a rise in paper prices as the strength of the Pound dropped against the Euro. Although that’s levelled out, current uncertainty makes it tricky to predict how paper prices will react beyond February 2019.

The paper and packaging industry is undergoing the biggest transformation in its history. Our mills are no longer satisfying our need for printed books, newspapers, and magazines. Instead, they have turned to producing paper boards and other materials for the growing packaging industry.

As consumers, we’re turning to online shopping at record-speeds. Over 100 million of us are already subscribed to Amazon’s next-day delivery service, Amazon Prime. This means that more paper mills are switching to more lucrative industries, like packaging, instead of producing traditional paper – and shrinking paper supplies, as a result.

6. Our UK paper mills are paying the price for energy hikes

Making paper is an energy-intensive process, and since April 2018, UK wholesale gas prices have increased by 21% and electricity by 18%. According to the CPI, we’ve cut down the energy required to make a tonne of paper in UK mills by almost 50%, but even with these improvements, paper mills still rely on electricity to power machinery and to dry paper effectively, which we’ve seen reflected in the rising costs of paper throughout 2018.

Want to find a unique branded product for your next campaign? We’ve been in the business since 1975 and we’re always evolving with our industry. Learn more about our eco-friendly and pollution-free products or get in touch to speak to one of our experts. We can help with everything from design inspiration and ideation, to arranging your international delivery.